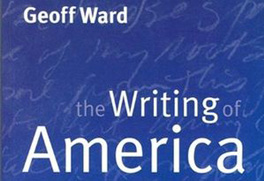 In this lively and provocative study, Geoff Ward puts forward the bold claim that the founding documents of American identity are essentially literary. America was invented, not discovered, and it remains in thrall to the myth of an earthly Paradise. This is Paradise, and American ideology imprisons as it inspires. The Writing of America shows the tension between these forces in a wide range of literary and other texts, from Puritan sermons and the Declaration of Independence, through nineteenth-century classics, to folk and blues lyrics and the popular novel. Alongside his provocative reassessments of canonical writers, Ward offers new material on lost or neglected figures from the world of literature, film and music. His acute and often startling analyses of American literature and culture make this an essential guide to what Lincoln termed the last best hope of earth. The book’s fifth chapter “Going Fishing: Harry Smith, the Anthology of American Folk Music, and the Fan” focuses on Smith’s legacy.