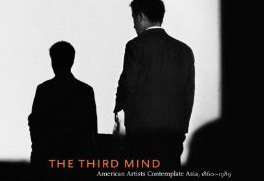 Holland Cotter of The New York Times reviews the Guggenheim’s The Third Mind: American Artists Contemplate Asia, 1860-1889,an exhibition featuring work by Harry Smith. Of Smith Cotter writes: “Where an artist like Harry Smith fits in is harder to say. Chronologically he was a Beat. But his short animated films blending Tantrism, Theosophy, Orientalist Pop and Alastair Crowley, all to a cool jazz score, don’t feel period specific. They could be hippie ’60s. They could be by young artists today. (It’s important to note that the show barely touches on Islamic Asia, specifically on Sufism, in which Mr. Smith was interested.)”