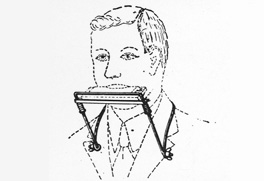 Public radio program Blues Unlimited culls through the great Blues and Gospel recordings from the legendary Anthology of American Folk Music issued on the Folkways label in 1952.

In 1952, Folkways Records issued the “Anthology of American Folk Music.” A set of 3 volumes, each one consisting of two LPs, it became the ground breaking and influential spark that primed the 1950s and the early 1960s for the Folk and Blues revivals, not to mention having inspired countless musicians and fans alike. It literally opened the doors to an almost forgotten universe of Folk, Blues, Country, Gospel, and Cajun music that had been recorded in the United States during the late 1920s and early 1930s. It was the work of one man, an eccentric record collector, filmmaker, artist, magician, philosopher, bohemian, scholar, and ethnomusicologist Harry Smith. This episode of Blues Unlimited honors the “Anthology of American Folk Music” and the genius of Harry Smith, by culling through the Anthology’s Blues and Gospel recordings to pay tribute to one of the most influential reissue albums of all time.