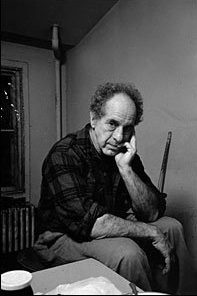 Photographer and filmmaker Robert Frank passed away at the age of 94 years. Most noted for his book The Americans, Robert Frank was one of the first to realize that Harry Smith the filmmaker was also the creator of the Anthology of American Folk Music. John Cohen, a photographer himself and a member of the New Lost City Ramblers, loaned the records to Frank, who lived next door. Frank played the LPs incessantly, especially the rendition of “He Got Better Things for You” by the Memphis Sanctified Singers. A friend, colleague and Supporter of the Archives for decades, Frank documented Harry Smith’s move in “Harry Smith at the Breslin Hotel” (2018).