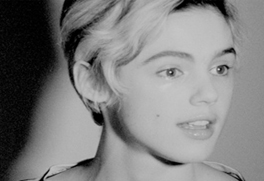 Of the screen tests Tim Tompkins president of the Times Square Alliance said: “Andy Warhol is one of 20th century New York’s foremost icons. It’s an honor to showcase his rarely-seen snapshots into the lives of leading musicians and artists of the 60’s, and bring the era back to the present-day cultural center of Times Square.”

Read more about the program here.