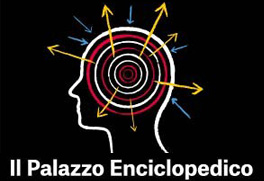 The Exhibition draws inspiration from the model of a utopian dream by MarinoAuriti who filed a design with the U.S. Patent office in 1955, depicting his Palazzo Enciclopedico (The Encyclopedic Palace), an imaginary museum that was meant to house all worldly knowledge. Auriti planned the model of a 136-story building to be built in Washington, in that would stand 700 meters tall and take up over 16 blocks.

“Auriti’s plan was never carried out, of course – Massimiliano Gioni says – but the dream of universal, all-embracing knowledge crops up throughout the history of art and humanity, as one that eccentrics like Auriti share with many other artists, writers, scientists, and self-proclaimed prophets who have tried—often in vain—to fashion an image of the world that will capture its infinite variety and richness. Today, as we grapple with a constant flood of information, such attempts to structure knowledge into all-inclusive systems seem even more necessary and even more desperate.”