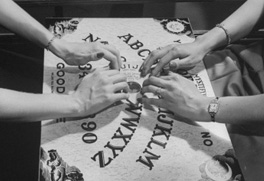 From 3:00-5:00 pm short presentations by three speakers will be followed by a panel discussion.

Where did Harry Smith come from? What cultural forces worked together to produce this self taught anthropologist, musicologist, filmmaker, and record producer? In what ways can we see regional influence in his deep populism, DIY aesthetic, and permanent outsider status?

Michael Munk, of Portland Red Guide, will speak about labor issues and the role played by the Wobblies, whose membership crested in 1924, the year after Harry Smith was born. Harry Smith’s father worked in a cannery. Harry has cited the Wobblies in interview as part of the cultural landscape in which he grew up.

Gus Frederick, Silverton based historian, will discuss the early presence of Free Thinkers in the Willamette Valley, and the nature of their attraction to the West.
Harry Smith’s parents were hard core Theosophists, and dabbled in spiritualism.

The at 7:00pm the Oregon Cartoon Institute presents the first ever Harry Smith Seance,in partnership with Northwest Animation Festival and Hollywood Theatre.

Read more about the festivities here.