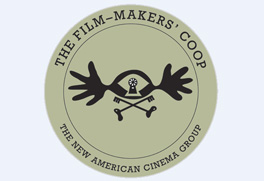 The Filmmaker’s Cooperative hosts a benefit featuring live musical performances by Philip Glass and Laurie Anderson and a screening of films by Harry Smith, Jonas Mekas, Ken Jacobs and others. One-hundred percent of the proceeds will help the Coop maintain, restore, and promote the films in itscollection, the largest assemblage of avant-garde and experimental film in the world, featuring 4,300 rare and unique works as well as new media by established filmmakers such as Jonas Mekas, Ken Jacobs, Taka Iimura and emerging artists.

Additionally, guests will have the opportunity to bid on artwork by Peggy Ahwesh, Jonas Mekas, Bradley Eros, Mark Street, Guy Maddin and a host of other amazing works, with proceeds going to benefit the Coop.