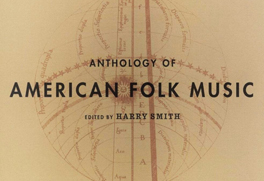 Anthology of American Folk Music inducted into the GRAMMY Hall of Fame.

The Anthology of American Folk Music, edited by Harry Smith and released in 1952 by Folkways Records, is one of twenty-five recordings in the class of 2012 inductions in the GRAMMY Hall of Fame. It is the second recording from the Smithsonian Folkways catalog in the GRAMMY Hall of Fame, joining “This Land is Your Land” by Woody Guthrie (originally released as a single on Asch Records in 1947).

Released at a time when the commercial recording industry had largely congealed into a few relatively homogeneous mass markets, the Anthology successfully answered a widespread need for fresh inspiration, aesthetic authority, and uncommon artistry in popular music. For more than half a century, the Anthology has profoundly influenced fans, ethnomusicologists, music historians, and cultural critics; it has inspired generations of popular musicians, including Bob Dylan, Joan Baez, and Jerry Garcia. It played a seminal role in the folk music revival of the 1950s and 1960s, which has had lasting political, economic, and aesthetic impact on American culture. Many of the songs included in the Anthology have now become classics.

The Anthology of American Folk Music was commercially unavailable for many years before a 1997 CD reissue by Smithsonian Folkways that earned two GRAMMY awards.