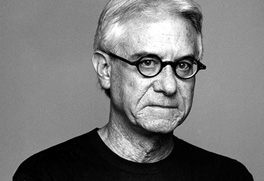 I live in Berkeley, California. Almost every day for nearly twenty years I’ve walked up the same steep, winding hill, up a stretch of pavement named Panoramic Way,which begins right behind the University of California football stadium. A few years back, when my fascination with Harry Smith’s Anthology of American Folk Music-a fascination that began around 1970-was turning into obsession, I began to imagine that Smith had lived on this street.

I knew that Smith was born in 1923 in Portland, Oregon, and grew up in and around Seattle, Washington; that as a teenager he had recorded the ceremonies and chants of local Indian tribes, and in 1940 had begun to collect commercially released blues and country 78s from the 1920s and 1930s. In 1952, in New York City, when his collection ran into the tens of thousands, he assembled eighty-four discs by mostly forgotten performers as an anthology he at first called simply, or arrogantly, American Folk Music: a dubiously legal bootleg of recordings originally issued by such still-active labels as Columbia, Brunswick and Victor. Released that year by Folkways Records as three double LPs, what was soon retitled the Anthology of American Folk Music became the foundation stone for the American folk music revival of the late 1950s and the 1960s.

Slowly at first, Smith’s set found its way into beatnik enclaves, collegiate bohemiasand the nascent folk scenes in Greenwich Village, Chicago, Philadelphia, Berkeley and Detroit. By the early 1960s the Anthology had become a kind of lingua franca, or a password: for the likes of Roger McGuinn, later of the Byrds, or Jerry Garcia, founder of the Grateful Dead, for folk musicians such as Dave Van Ronk, Rick Von Schmidt and John Fahey, for poet Allen Ginsberg, it was the secret text of a secret country. In 1960, John Pankake and others who were part of the folk milieu at the University of Minnesota in Minneapolis initiated a nineteen-year-old Bob Dylan into what Pankake would later call ‘the brotherhood of the Anthology’; the presence of Smith’s music in Dylan’s has been a template for the presence of that music in the country, and the world, at large. From then to now verses, melodies, images and choruses from the Anthology, and most deeply the Anthology’s insistence on an occult, Gothic America of terror and deliverance inside the official America of anxiety and success-as Smith placed murder ballads, explosions of religious ecstasy, moral warnings and hedonistic revels on the same plane of value and meaning-have been one step behind Dylan’s own music, and one step ahead.

As Smith said in 1991, with fifty years of experimental film-making, jazz painting, shamanistic teaching and most of all dereliction behind him, accepting a Lifetime Achievement Award at the ceremonies of the American Academy of Recording Arts & Sciences, he had lived to ‘see America changed by music’. He died in 1994.

Three years later, when his anthology was reissued as a six-CD boxed set by Smithsonian Folkways Records, its uncanny portrayal of the American ethos would unsettle the country all over again. But that event had yet to take place when I started musing about Harry Smith and Panoramic Way. I knew that Smith had lived in Berkeley in the mid-to-late 1940s, and that he’d done most of his record collecting there. Well, he had to live somewhere, and Panoramic, I decided, looked like where he would have lived.